In this explosive talk, Jesse Wente brings to life his national bestselling book Unreconciled: Family, Truth, and Indigenous Resistance. Using stories from his life and his family’s history Jesse takes stock of the current state of truth and reconciliation in Canada, the challenges that exist to achieving both truth and reconciliation and what can be done to further the process. Using his experience advocating for and creating space for First Nation, Inuit and Métis people in the arts sector, Jesse will explore how companies, organizations, institutions and governments can create meaningful change for Indigenous people and themselves. Jesse will touch on themes of sovereignty and self-determination, systems change, and decolonization. This talk is appropriate for those looking to take a deep dive into truth and reconciliation, to have their ideas challenged, and those willing to face the challenges ahead.

Commanding Hope: The Power We Have to Renew a World in Peril

Frightening pandemics, terrible inequality, racism and poverty, rising political authoritarianism, the inescapable climate crisis, and the resuscitated danger of nuclear war.
We know the story. Some choose not to see it. Each of these crises seems so much larger than any one of us can understand or handle. Yet today, they all seem to be going critical simultaneously. In this presentation, Dr. Thomas Homer-Dixon explains why and how we got here and, most importantly, the powers we possess to renew our imperiled world. 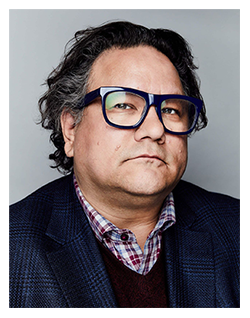 Well known as a film critic and broadcaster in Toronto and across Canada, Jesse was the first nationally syndicated Indigenous columnist for the CBC, covering film and pop culture for 20 local CBC Radio programs. He has also been a regular guest on CBC Newsworld’s News Morning and Weekend Edition, as well as Q.

Jesse is Ojibwe, and his family comes from Chicago and the Serpent River First Nation in Ontario. Jesse is Chair of the board of directors for the Canada Council for the Arts.

His experience also includes that of being named the first Executive Director of the Indigenous Screen Office. He is an advocate for Aboriginal Arts, most notably on screen. He draws attention to the imagery used by Hollywood in portrayals of indigenous peoples and stresses the need for a culture to have influence on their own depiction. His pieces on The Revenant, Beyonce and sports mascots were among the most shared on CBC.ca.

In his previous role as the Director of Film Programmes at TIFF Bell Lightbox, Jesse oversaw New Releases, series and TIFF Cinematheque programming and scheduling. Some of his contributions to TIFF Bell Lightbox in programming included retrospectives on Roman Polanski, Paul Verhoeven, Ousmane Sembène, Oscar Micheaux, Studio Ghibli and Robert Altman. His first major curatorial project at TIFF Bell Lightbox was the landmark film programme First Peoples Cinema: 1500 Nations, One Tradition and its accompanying gallery exhibition, Home on Native Land. In the summer of 2013, he curated TOGA! The Reinvention of American Comedy, which brought cast and crew members of Animal House together for an onstage reunion.

In 2014, Jesse co-organized the Canadian premiere of the immensely popular travelling exhibition Stanley Kubrick. Prior to his appointment as Director of Film Programmes, Jesse served as one of the Canadian features programmers for the Toronto International Film Festival, and also programmed for the imagineNATIVE Film and Media Festival. Jesse has been featured in documentaries such as Reel Injun, Nightmare Factory and Why Horror? Jesse served as president of Native Earth Performing Arts, Canada’s oldest Indigenous Performing Arts Company for a decade. An outspoken advocate for Indigenous rights and First Nations, Metis and Inuit art, he has spoken at the International Forum of Indigenous Peoples, Smithsonian’s National Museum of the American Indian, the Canadian Arts Summit, the Cultural Summit of the Americas, and numerous Universities and Colleges.

In 2017, Jesse was named the inaugural recipient of the Reelworld Film Festival’s Reel Activist Award, and in 2018 he received the Association of Ontario Health Centres’ Media Award. 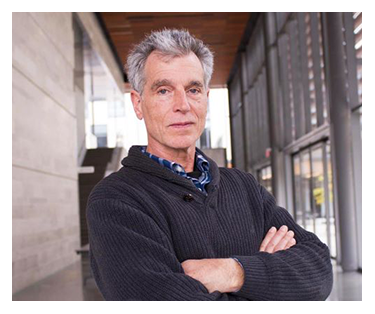 Dr. Thomas Homer-Dixon is one of Canada’s foremost public intellectuals and a bestselling author. He is considered among the world’s leading experts on the intricate links between nature, technology, and society, with his current research focusing on threats to global security in the 21st century. Tackling subjects such as economic instability and climate change as well as how people, organizations, and societies can better solve complex problems, Homer-Dixon shows audience how to adapt and prosper in a world of ever-increasing complexity.

Homer-Dixon is currently the founder and executive director of the Cascade Institute at Royal Roads University in Victoria, British Columbia. Previously, he directed the Centre for Peace and Conflict Studies at the University of Toronto for nearly two decades. In 2008, Homer-Dixon joined the faculty at the University of Waterloo where he founded the Waterloo Institute for Complexity and Innovation. He retired from his faculty position as a University Research Chair in 2021.

A bestselling author, Homer-Dixon has written multiple award-winning books, including The Upside of Down: Catastrophe, Creativity, and the Renewal of Civilization; The Ingenuity Gap: Can We Solve the Problems of the Future?; and Environment, Scarcity, and Violence. His latest book, Commanding Hope: The Power We Have to Renew a World in Peril, was published in 2020. Homer-Dixon also writes regularly for the Globe and Mail and has been published in Foreign Affairs, Foreign Policy, Scientific American, The New York Times, The Washington Post, and The Financial Times. He’s been called “one of the best-informed and most brilliant writers on global affairs today," by The Guardian.